by marianne@cello.no on 10. oktober 2017 in Ukategorisert

During the concert the volume and balance with me and the orchestra worked much better. Some of the woodwinds said after the concert that it was the first time they could hear me. I think they needed to be told to think the dynamics as relative and not to read every dynamic as too definitive. I can use the raw affects when I play like I want. One part can have many affects. I use intuition and I let the tones be connected straight to these affects and do not go via the mind. So, the colours of the music are felt in my body.

I do not mean for the listener to understand which affect I use, but it is an embodied material that I can use to interpret, and I hope it can create a feeling of some kind in the listener.

The concerto is written as an orchestra work with a solo cello – so a bit different from a “solo concerto” in that the orchestra has almost as big a role. The Marmæle is a little magical sea creature living on the bottom of the sea. The old tales say that fishermen could some- times get them in their yarn. Then it was very important to treat them well, and then put them back where you had found them. In that case it would go well, and no harm would find you.

In the music, the orchestra is the sea, and the solo cello line is the song of this little creature. The work starts with the orchestra alternating with long tones in “waves”, and in quartertone dissonances between the different instrument groups:

The very first entrance of the solo cello is on a single long A from pp, just barely coming through the sound of the orchestra (the sea), gradually appearing and then disappearing, here from bar 10:

From bar 20 the magic song develops and the solistic tone gets prominent. I focus on feeling the line and rhythm embodied. Singing the quartertones inside:

I suppose the queerness of this creature results in its song mostly consisting of quartertones, and very often starting in the deep registers and climbing up high before falling down again. From bar 77 to 118 the line has this rising and falling with variations in dynamic and rhythms:

From bar 121 to 128 comes a strong rhythmic Bartok pizzicato section alternating between orchestra and soloist. I make sure to feel the whole section melodically even with the percussive aspect, and through the pauses:

Then the wavy lines from the deep and up, and down again, returns. From bar 155 comes the quartertone deep melodic song. I want it to be singing and filled with energy, with very clear directions in the music. The quartertones make small interval movements: 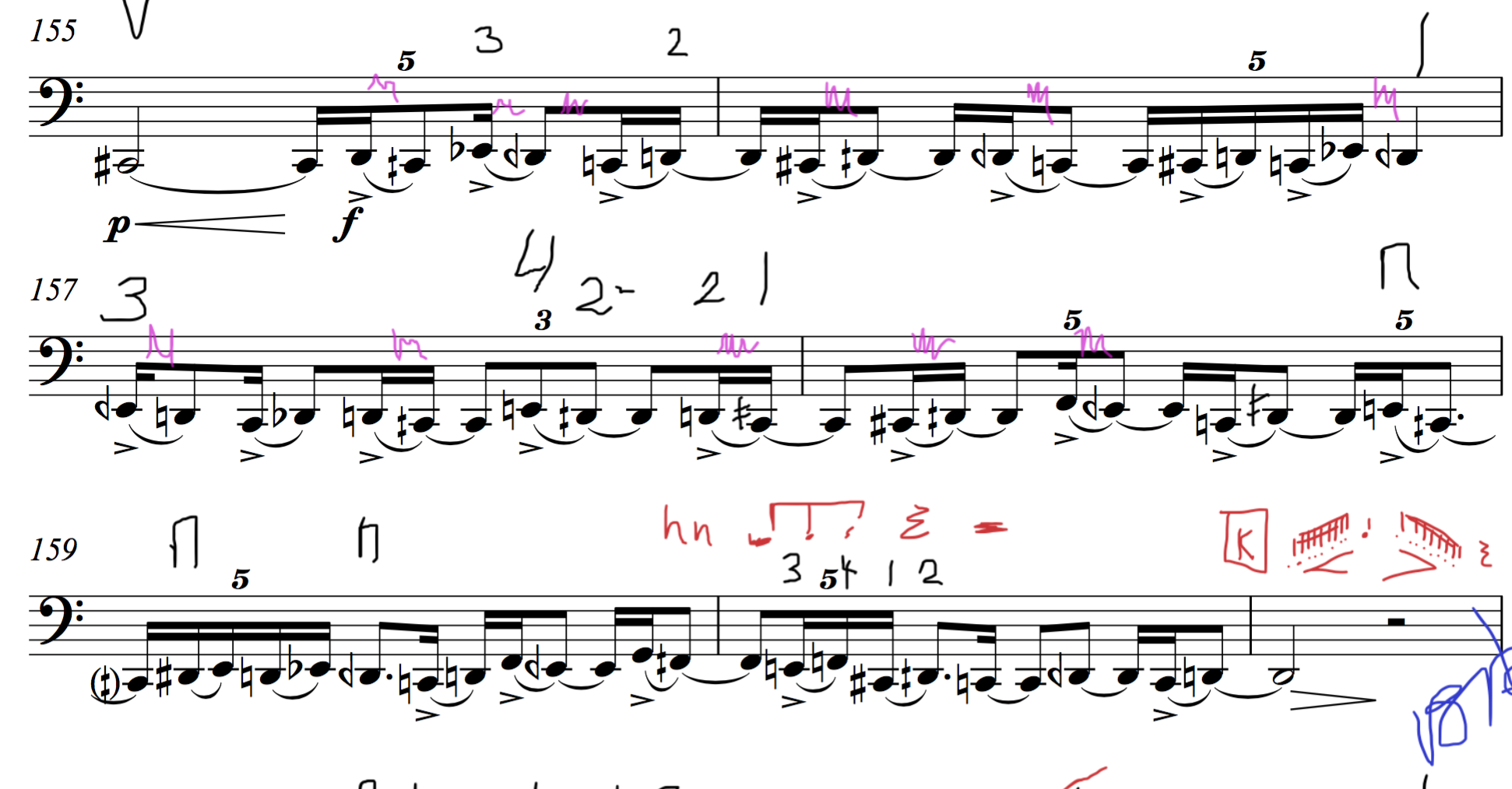 Bars 197 to 230 is a mix between the long quiet notes filled with contained energy and small gestures, like small monologues:

This leads into the birdlike section lasting from bar 230 till 334. The cello line is at times more accompanying than solistic, and I imagine it as a birdsong, keeping it swinging and taking place in the sound frame of the orchestra from nothing to fortissimo:

From bar 278 I think of the birdsong as very melodic, and try to bring out all the little changes in melody:

When reading the orchestra score it strikes me how the waves are written into the music – so that the alternating lines are physical “drawings” in the score: 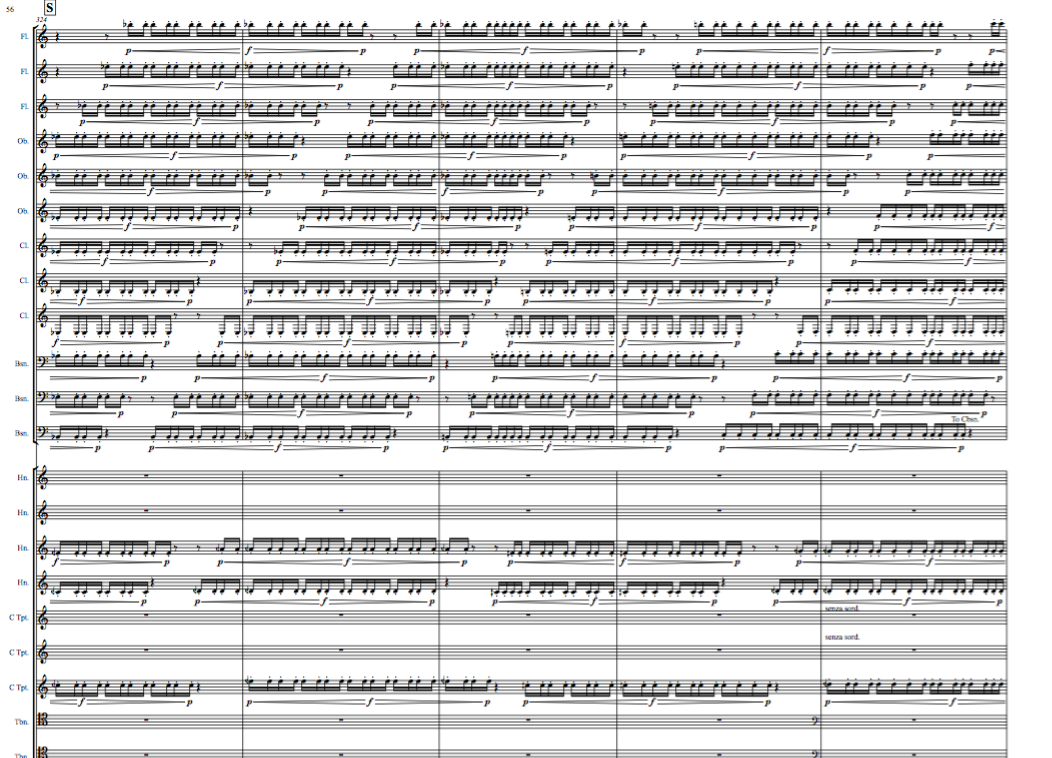 Then the orchestra returns to the long notes with wavy dynamic from the start, and the cello solo sings a legato quartertone scale up and down, starting on a deeper note for each line. At the end spanning over three octaves.

The ending is a very energetic part, still using the waves going up and down, but now in a fast rhythm, strong and wild:

And the very last bars go back into the deep, the cello line on its own, going from a high A and more than two octaves down. I am sure the Marmæle is happy being back in the deep of the sea. 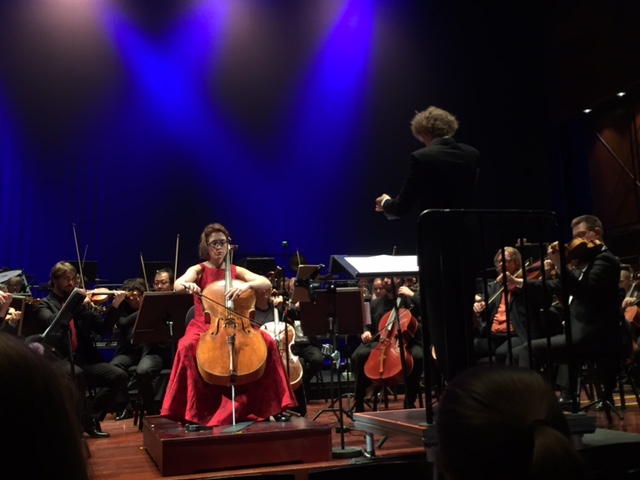