Alwynne Pritchard is a British performer, composer, artist and curator based in Bergen, Norway. She is co-founder of the music-theatre company Neither Nor and Artistic Director of the BIT20 ensemble. In her recent work, she has increasingly explored relationships between musical expression and the human body and has appeared as an actor, vocalist and physical performer in a number of stage productions, as well as developing choreography for perfor- mances of her own pieces.

Over the past two decades, Alwynne’s music has been performed in America, Belgium, Canada, Denmark, Finland, France, Germany, Great Britain, Holland, Indonesia, Ireland, Italy, Poland and Norway, and has been broadcast on BBC Radios 3 and 4, as well as abroad. She has worked with leading musicians and ensembles across the globe, including the Alpaca ensemble, Arditti String Quartet, Apartment House, asamisimasa, Athelas Ensemble, BBC and BBC Scottish Symphony Orchestras, The Bournemouth Sinfonietta, The London Sinfonietta, New Music Players, Nieuw Ensemble, the Schubert and Uroboros Ensembles.

Pritchard says about Hospice Lazy and our collaboration:

My relationship with Alpaca Ensemble started in 2013, when I created the music-theatre miniatures collectively called Oh no love, you’re not alone for their David Bowie project. This was performed at several venues in Norway and recorded for CD. We thoroughly enjoyed working together and all found the experience rewarding. My requests for the musicians to try many unusual and often tricky approaches to playing and performing were always embraced open-heartedly, and with enthusiasm and professionalism. It is a quality in the ensemble that I value greatly, and have benefitted from hugely
as a composer. In 2014, the trio then asked me to create the 60-minute music-theatre piece Hospice Lazy. This has since been performed twice in Trondheim, twice in Freiburg (Germany) and will be presented by nyMusikk in Bergen, in January 2018. For this piece, I worked intensively with the trio over many months, and together, we developed new approaches to playing and performing, based on physical exercises and breathing practices drawn from yoga and Butoh (among other things). Over the course of these projects, I have established a trusting and adventurous working relationship with the members of Alpaca, that has changed the direction of my work. The trio has undertaken many new challenges in performance, including playing from inside supporting pulley mechanisms, playing from audio scores, wearing ear protectors during performance to focus attention towards internally directed breathing and other exercises and exploring touch and smell as performance initiators. These investigations continued in We, three, a trilogy of Beckett-inspired music-theatre pieces.

The work has been funded by The Norwegian Composers Fund (Det Norske Komponistfond). 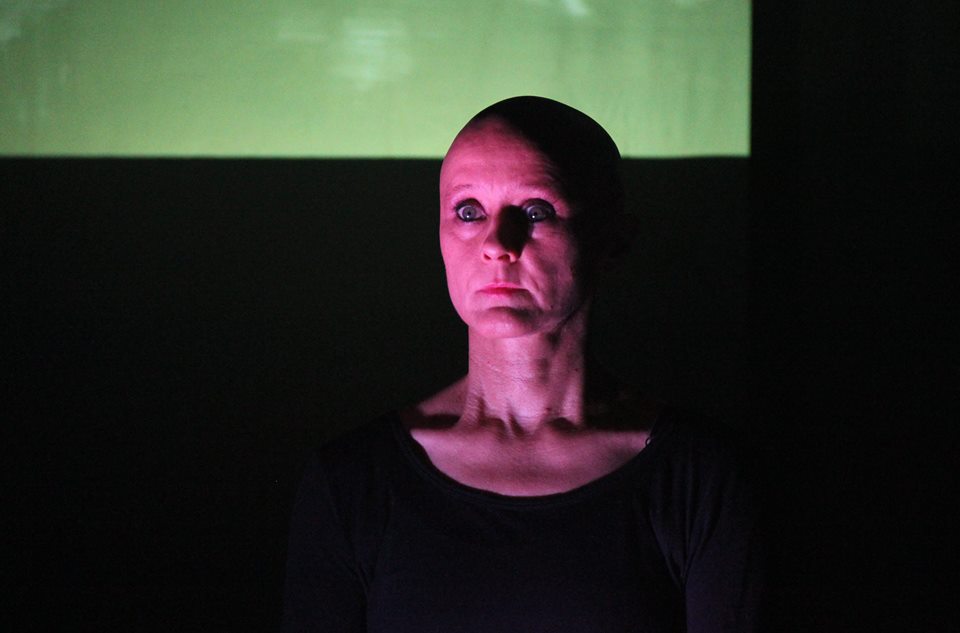